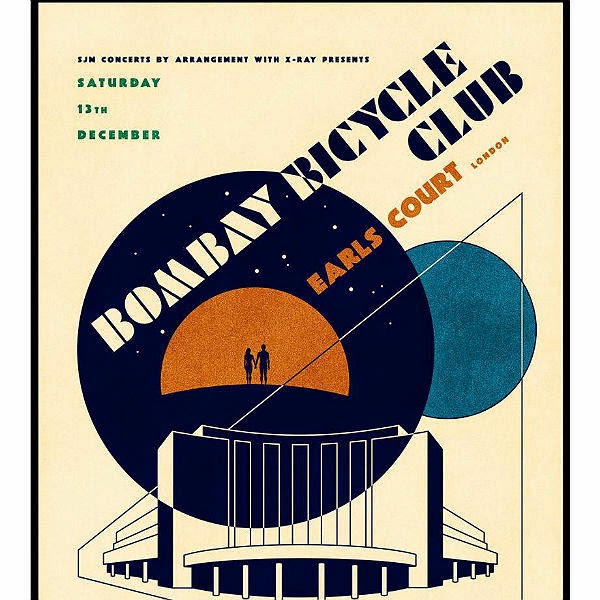 In the same venue that saw live performances from music legends such as Led Zeppelin, Queen, and Oasis, Earl's Court hosted their last ever show, with none other than the truly spectacular Bombay Bicycle Club. Although this was my third time seeing them, it was, however, my first time seeing them in a venue, and Earl's Court's vastness and positive energy amplified Bombay's magic, and that is something you most definitely can't get at a festival.

Four trains and few ciders later, and myself and a friend found ourselves speechless as we stood before Earl's Court Exhibition Centre. There was a mixture of emotions upon entering- excitement, anxiety, mild intoxication, all blended in with the desperation of needing a wee, that we just couldn't wait to get in. Unfortunately, due to our general disability of keeping time, my friend and I missed the support act, Sivu. However, we made it just in time to catch a bit of Peace's set. Although my knowledge of Peace is nowhere near extensive as my knowledge of Bombay is, the Brum boys still put on an undeniably great show. I don't know what it is about Peace, but whenever I see them live I always feel like I've been transported back into 1972. Perhaps it's  their genuinely authentic sound, or Harry Koisser's black Kaftan dress he wore on the night, but  Peace nonetheless did a fantastic job of readying the crowd for the main act, Bombay Bicycle Club.

After much anticipation, Bombay finally came out at around 9pm, accompanied by the sound of 'Overdone' from their newest album titled 'So Long, See You Tomorrow'. The crowd was instantly lifted as soon as we heard the mesmerising and recognisable vocals of Jack Steadman, setting the tone for the gig from the first lyric. If anything, I'm not surprised that they started with Overdone as this track alone ultimately epitomises the classic Bombay sound, with a heavy guitar line and a euphoric chorus. Bombay continued to play songs from their latest album with 'Come To' and 'It's Alright Now', however a completely different tone was set with the first three bars alone of 'Shuffle'. An oldie but a goody, Shuffle had the whole crowd bopping and reminiscing summer days spent in the sun listening to Bombay's third album, 'A Different Kind Of Fix'. Shortly after, we were joined by the first of many guests of the night- the absolute babe that is Lucy Rose. Every time Lucy joins Bombay on stage I die a little bit inside, partially because I fancy her tremendous amounts, but also because it reminds me of the days where her and Bombay worked together. Their performance of 'Lights Out, World Gone' was a truly magical one, it's almost as if Steadman's and Rose's harmonies were made for each other, in fact, they're one of the few duos to actually give me goosebumps during a live performance! Crazy- eh?

Lights Out was then followed by some more mellow songs of theirs, with 'Your Eyes', 'Home By Now' and 'Wherever, Whenever', at which point we then decided it was time for another drink (pftt, like we needed it). It wasn't until we bought our drinks that we then saw a herd of people running back towards the stage during 'Rinse Me Down'. At the time, we didn't think anything of it, but we now realise that that was the exact moment that Pink Floyd's David Gilmour joined the stage to perform an acoustic version of Rinse Me Down, as well as Pink Floyd's 'Wish You Were Here'. Thinking back, we really could had done without that drink if we knew Dave fucking Gilmour was about to come out on stage! However, our momentary confusion was then shortly fixed as Bombay continued their set with the classic 'Ivy & Gold'. What I admire most about Bombay Bicycle Club is their ability to play a multitude of genres, from indie-rock, to acoustic, and now, folk, whilst also ensuring that every member on the floor was on their feet, having a boogie. Then finally after eleven songs, Bombay began to play material from their first (and my favourite) album, 'I Had The Blues But I Shook Them Loose'. Ivy & Gold pretty much then melded into 'The Giantess', which, if I'm being honest, I thought the set list could had done without. However, it did provide an epic transition back into a more upbeat tone, bleeding into 'Emergency Contraception Blues'. I'm not entirely sure how a song with no words could change the mood of a crowd completely in the space of about 90 seconds but it did, and it was absolutely amazing.

Bombay then finally started to play their rockier stuff, which I had been waiting for all night. 'Evening/Morning' was a serious crowd pleaser, and Ed Nash's bass-line definitely did not disappoint. 'Dust On The Ground' was okay, another one I thought the set could had done without, as I'd rather they played 'The Hill' or 'Cancel On Me' from the same album. To me, 'Dust On The Ground' was more of a filler song, but they still performed it excellently. Nevertheless, the rest of the set was great, being followed by everyone's favourite 'How Can You Swallow So Much Sleep'. There were serious Bollywood vibes as Bombay played 'Feel' from their latest album, and at this point I then remembered why they are my favourite band in the world. There wasn't a single person in the crowd not singing or dancing, and this was still true when 'Luna' came on. Rae Morris gave a fantastic performance, enhancing the song's euphoric quality even more. It was incredible seeing Rae live, as I expect big things for her in 2015! The band then finished their set off with a jazzy spin on 'Always Like This' and a sombre 'So Long, See You Tomorrow', but we knew that couldn't be the send off as we were missing two essential, and classic, Bombay songs.

After much cheering, the foolish and naive began to disperse, assuming that the gig was over. Har-har, rookies. It wasn't until Bombay Bicycle Club came back on stage and started playing 'What If' that everyone ran back in, flooding the venue. What a song for an encore! It's almost as if Bombay were treating us, saving the best for last. What If was then followed by one of the singles from their latest album, 'Carry Me', being the last song of the set. It's always important for a band to give their all in an encore, as that's what the audience ultimately remember the entirety of the gig to be like, and Bombay most definitely gave it everything they had. I was near tears during Carry Me, tears of sadness; it was Earl's Court's last ever gig, tears of happiness; seeing an incredible performance from an incredible band, and tears of drunkenness; the venue's cider had finally hit me, Hard.

All in all, Bombay Bicycle Club gave what I would perceive to be one of the greatest live performances Earl's Court has ever seen, exceeding everyone's expectations. I couldn't think of a better band to close the legendary Earl's Court before it gets mauled by bulldozers, and I hope Bombay Bicycle Club are proud of this, as well as their incredible year.

Have a year off now lads (and Liz), you deserve it. 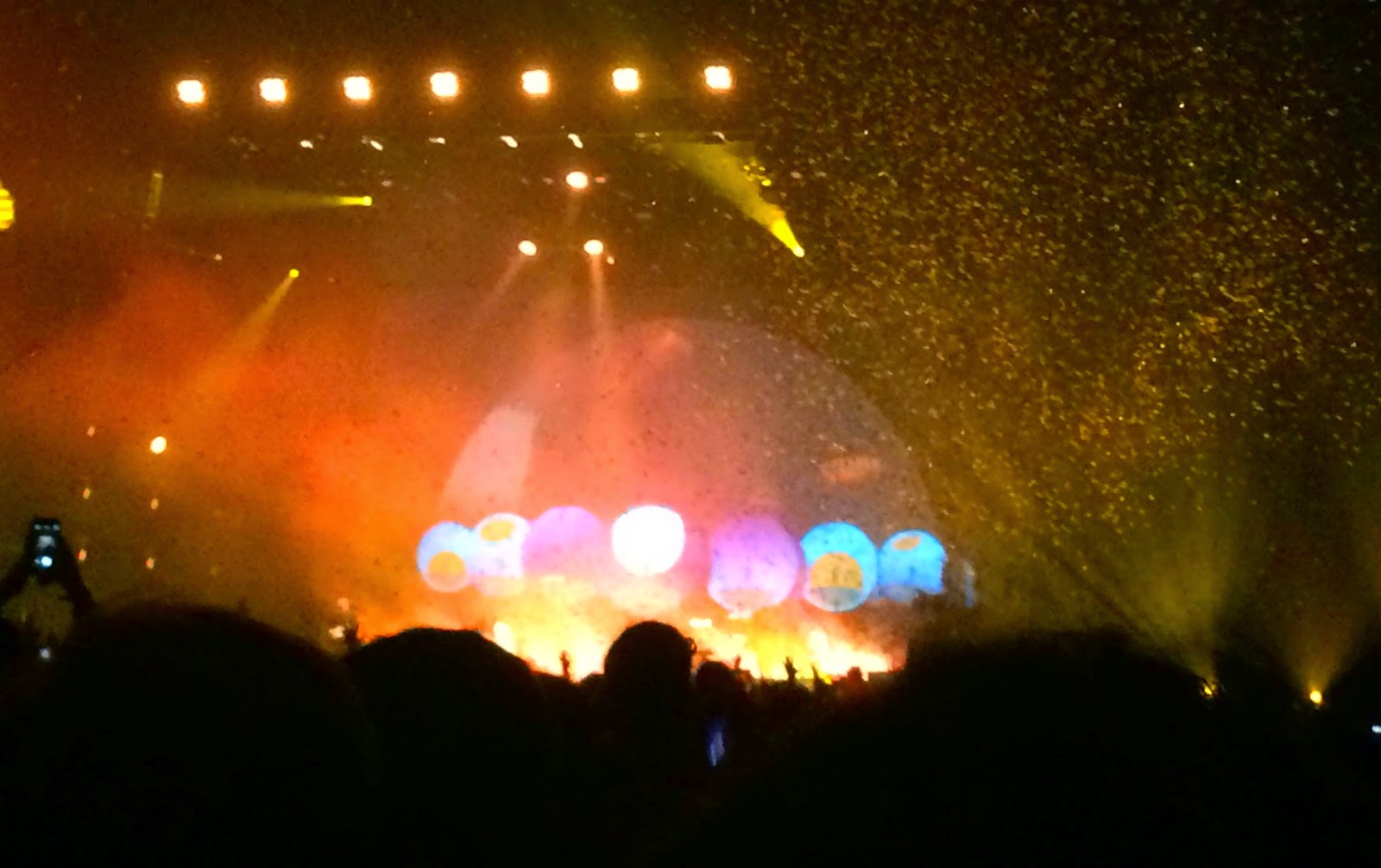 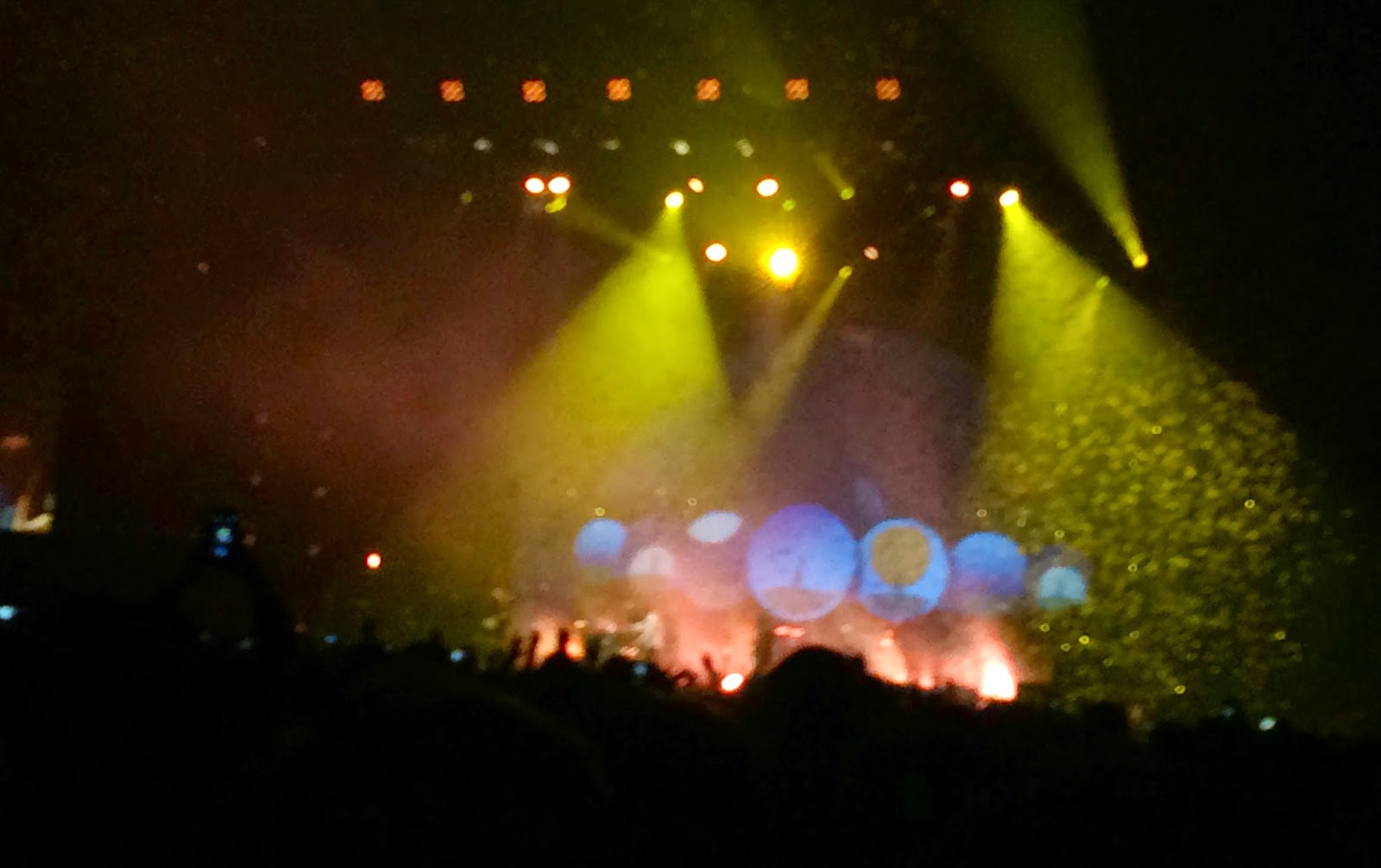 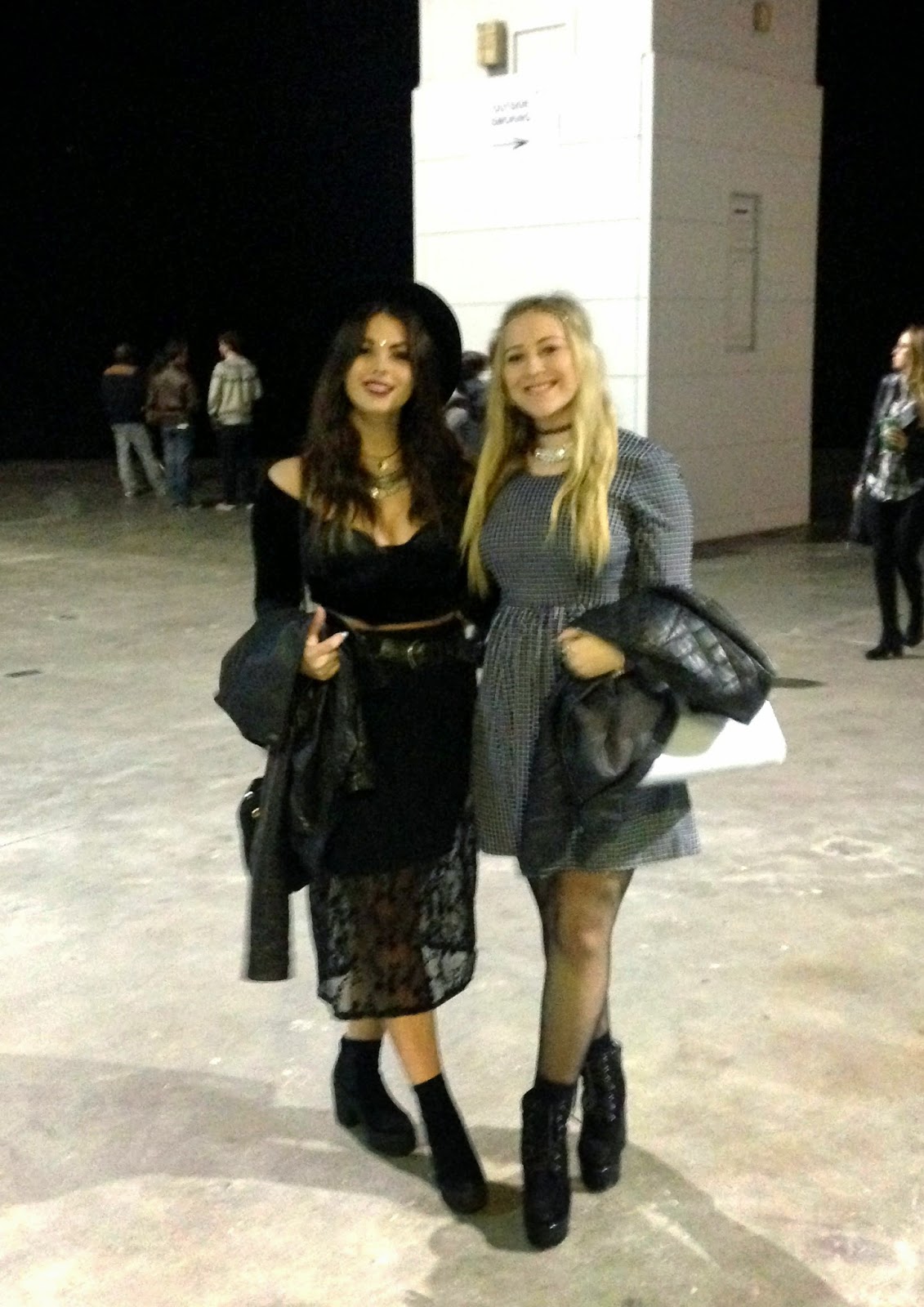 ** P.S.: I can only apologise for my lack of posts recently! December has been the busiest month, as I'm sure you can all understand.