Take All The Selfies You Want, You're Still Not Fooling Anyone in Your Missguided Sports Bra.

If you're expecting a cutesy and optimistic post about how much I totally luv Missguided's new Active range OMGZ I WANT IT ALL!!! Xox, then I'd suggest you stop reading now. Missguided is a brand that I've both bought from and supported for years now, but their new 'Active' range, advertised as 'sportswear', is a tad sketchy. Spandex, Lycra, patterns galore, Active is ultimately just a flashback to Eric Prydz's music video to 'Call On Me', and not in a good way. At least in that they're actually making some attempt at 'exercising'.

Now I don't want to come across as a kill joy, as I think the concept of the range is absolutely brilliant. Your favourite clothing brand designing fashionable AND affordable sportswear to motivate you to get fit? What more could you want? I'll tell you what; practicality. The main issue I have with Missguided Active is the fact that you won't be seeing anyone getting 'active' in it. In fact, most of the range is probably better off as being advertised as party or festival wear.

If you've seen the range, then you'll know what I'm on about. If not, one of their best selling products from the range is shown below: 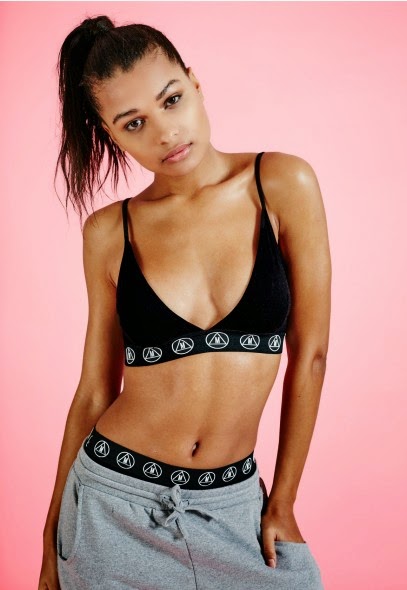 Ah, a v-neck 'sports bra', how incredibly pragmatic. NOT. Bits and bobs will be flying all over the place, nobody wants to see that. Especially not at the gym.

It seems to me that the range's ultimate goal is to make women look and feel glamorous as they exercise, when in reality, that is never likely. There is nothing glamorous about being red faced, frizzy haired, and out of breath 45 minutes into a cardio class. But hey, at least your matching crop top and leggings looked effortlessly cool before you then had to start the endless readjusting once the class began.

Missguided Active's impracticality is also highlighted by its offensive and almost comical models. I'm sorry, but looking at a tanned, beautiful, size 6/8 woman modelling the range is no more likely to make me want to exercise than a piece of chocolate cake and a snuggly warm duvet is. Where are the stretch marks? The bulges? The inevitable camel toes? The effortlessly glamorous Missguided Active models not only detour me from buying, but also wearing any of the items from the range. Yeah sure, those Lycra leggings might look great on 5'9" size 8 Cindy, but how will they look on 5'5" size 14 Sally, who actually wants to go to the gym to lose a bit of weight? Clearly didn't think that one through, did you, Missguided?


Buying from Missguided Active is essentially just a hopeless attempt for girls to superficially prove themselves to others, and it's unlikely that any exercising will actually occur in them. Take all the selfies you want hun, you're not fooling anyone in your Missguided Active sports bra.

On a lighter note, I have every intention to start fashion blogging once the weather permits! Expect some posts in the near future. Happy happy.