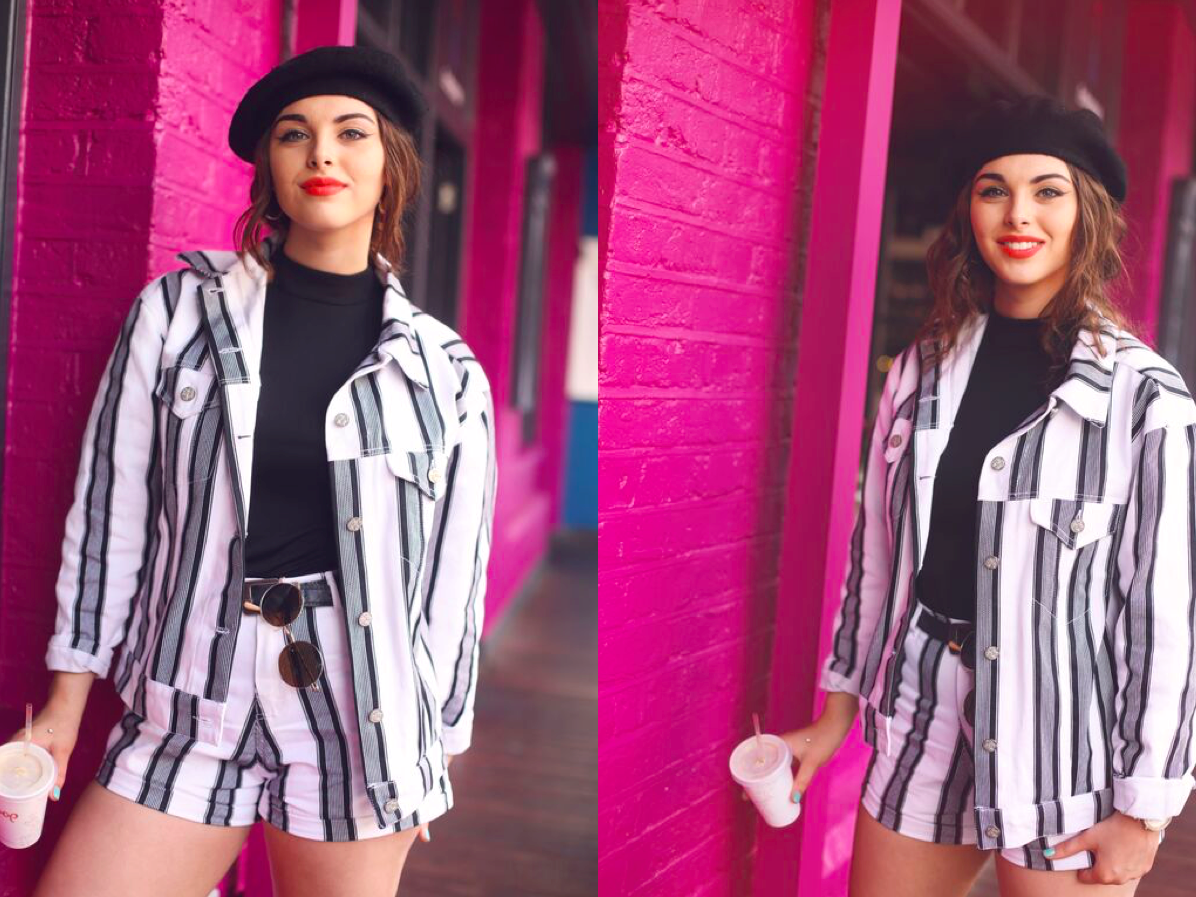 WHEN THE CROWD SAY BO, SELECTA.

Sorry I'm not as hip and cool as I'd like to be, with my #TBT's, #FBF's, #ABC's, #123's, the lot, but seeing as I've been SO useless in blogging all of life's occurrences, this 'Re-Rewind' series is pretty much essential for Lel's World. Oh well, things can often be better when told retrospectively, right?..... Right?! Well, I suppose it all depends on how far back said event is at the time of telling, which is why this 'Re-Rewind' series will only cover things that I've missed from the past three months. Now, I know what you're thinking; three months?! A lot can happen in three months?! And the answer is; yes, yes it can. However, for a girl lacking a social life, like myself, not a lot actually happens apart from tea-drinking and cat-stroking, so the 'Re-Rewind' series shouldn't be too hefty.

In June I had experienced every amateur blogger's dream; my first professional blogger shoot. Better yet, my first professional blogger shoot with MOTEL ROCKS. Ch-yeah, you heard me. Finally, having the opportunity to be shot by a real human being, opposed to shamelessly posing and pouting in front of my camera sellotaped to a makeshift tripod in my back garden.. I'd finally made it into the blogging world. Well, not quite. But being shot by Tiger was definitely a step up from a ten second self-timer.

Motel had let me pick out my favourite new arrivals that I thought represented my own personal style, and asked me to style them as I pleased. To be honest, I couldn't even tell you what my 'own personal style' even is. Somewhere in between a very messy Penny Lane and pretty much any character from a 90's cult movie - men included. Ultimately, 70's chic meets underground grunge.

After much deliberation, I chose the 'Anja Wrap Bell Sleeve Top' paired with the 'Cupcake Playsuit' for my first outfit, and the 'Isni Denim Jacket' and 'Ibu High Waisted Shorts', both in Debbie Stripe, for my second outfit - photos below 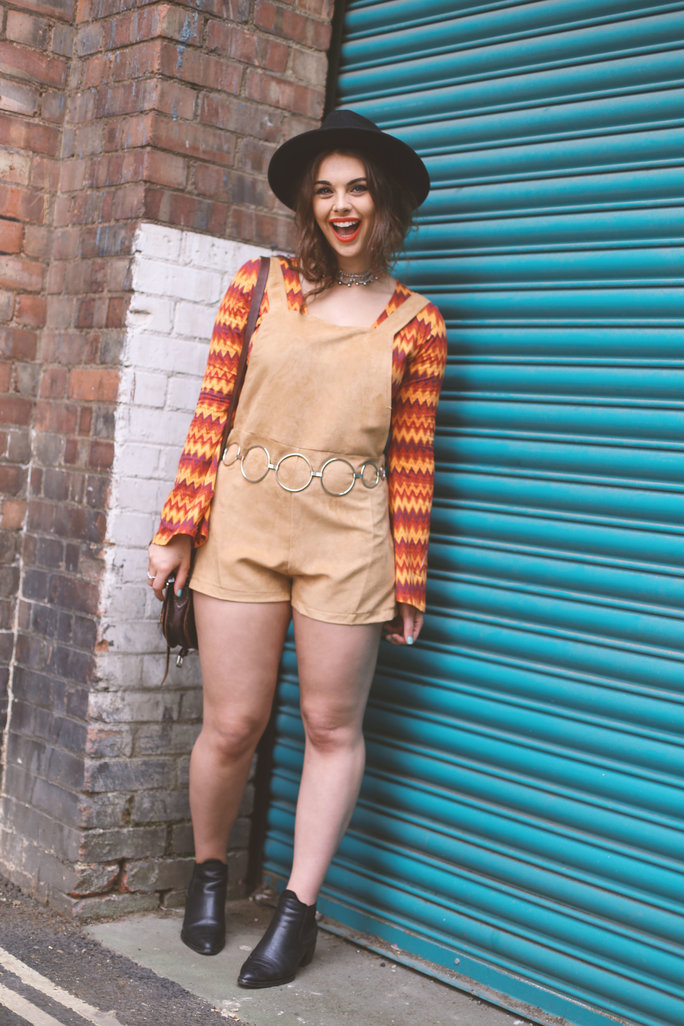 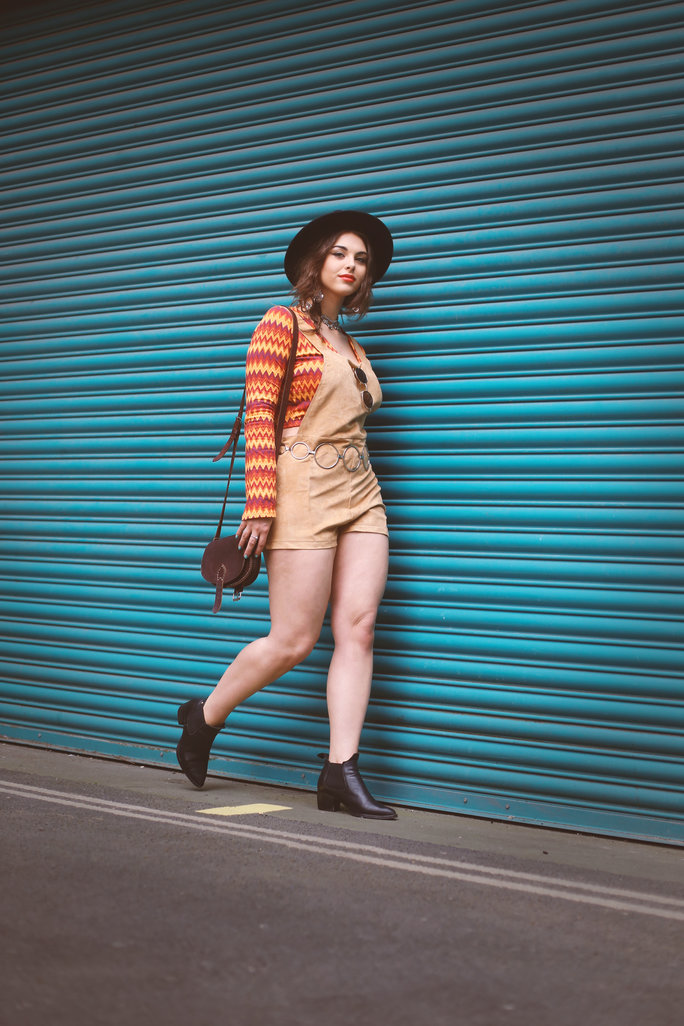 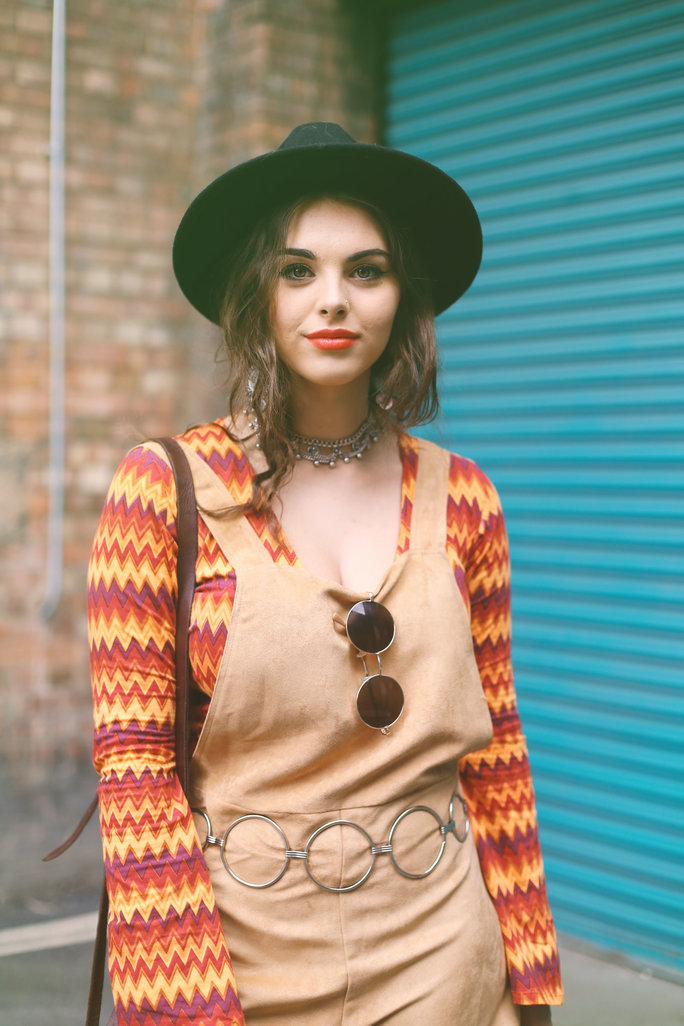 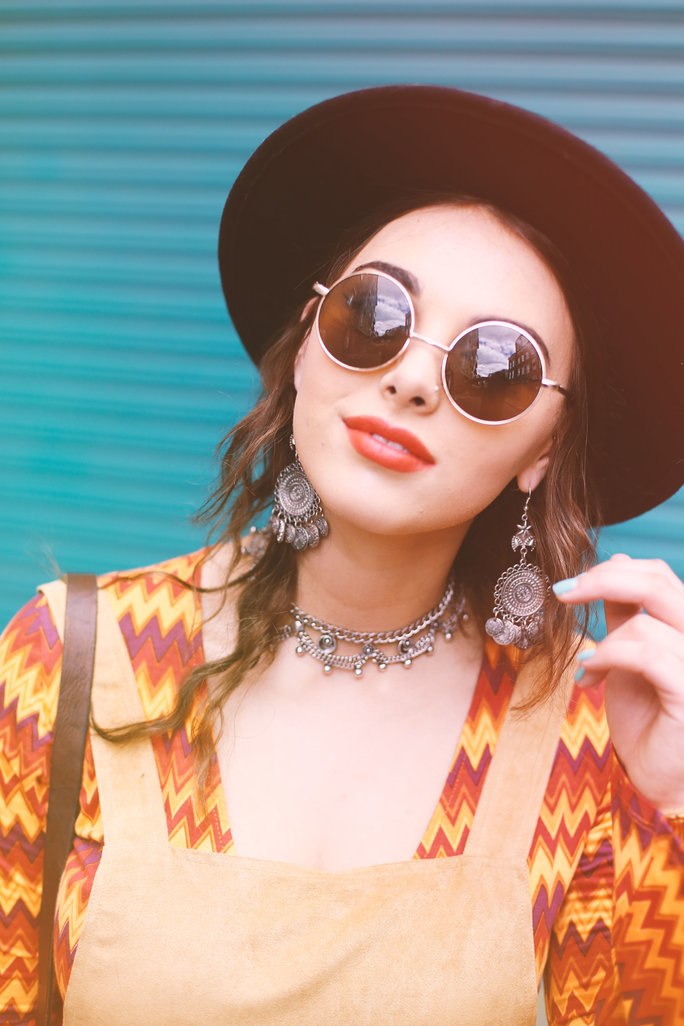 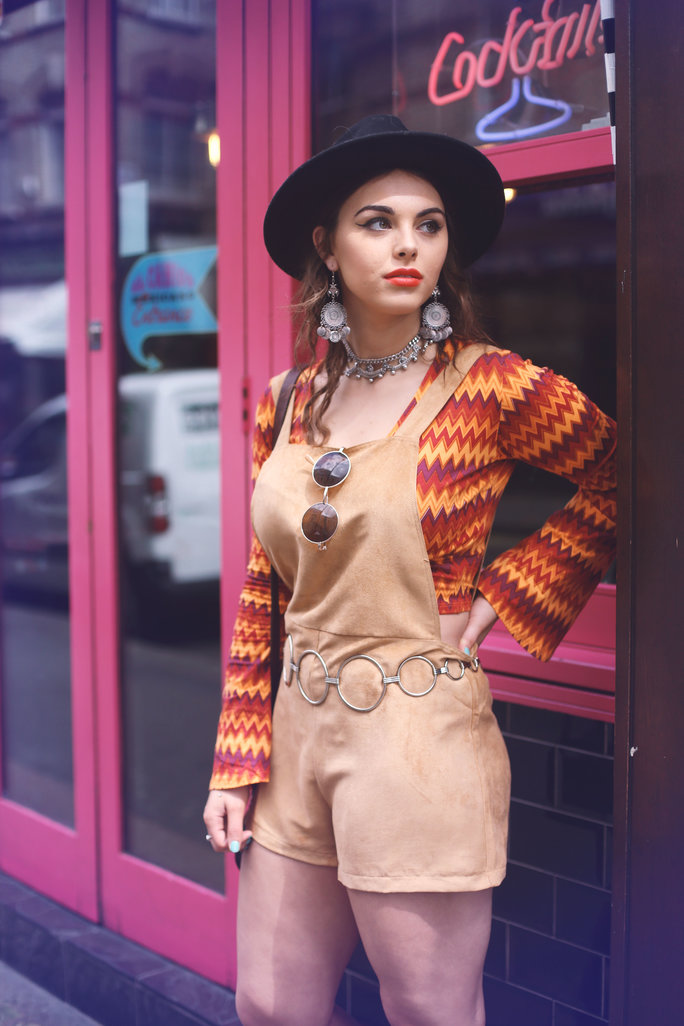 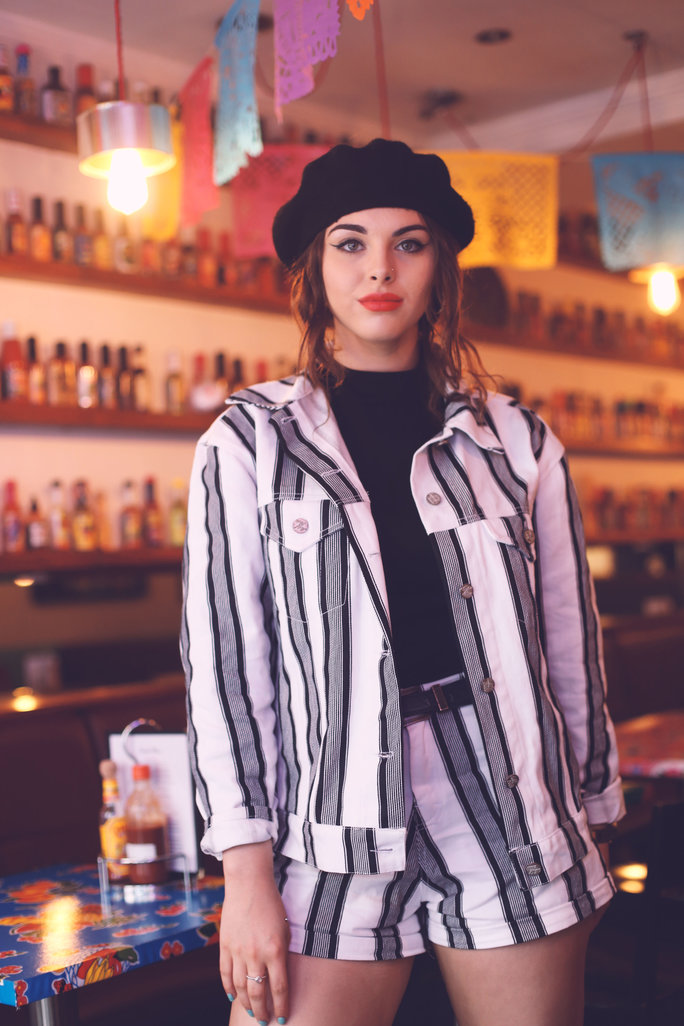 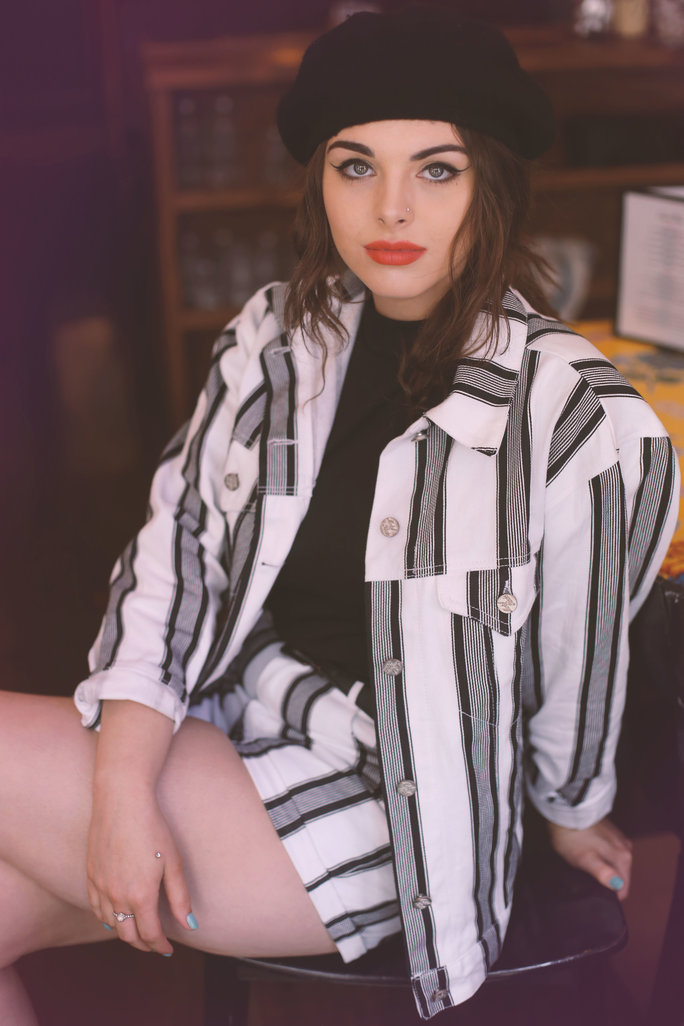 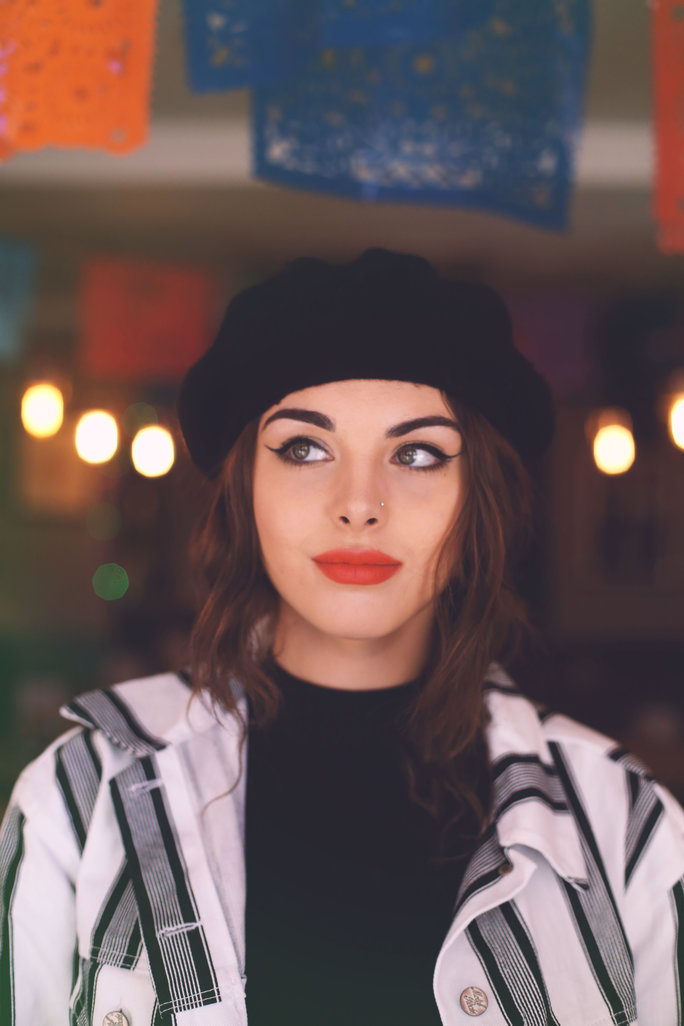 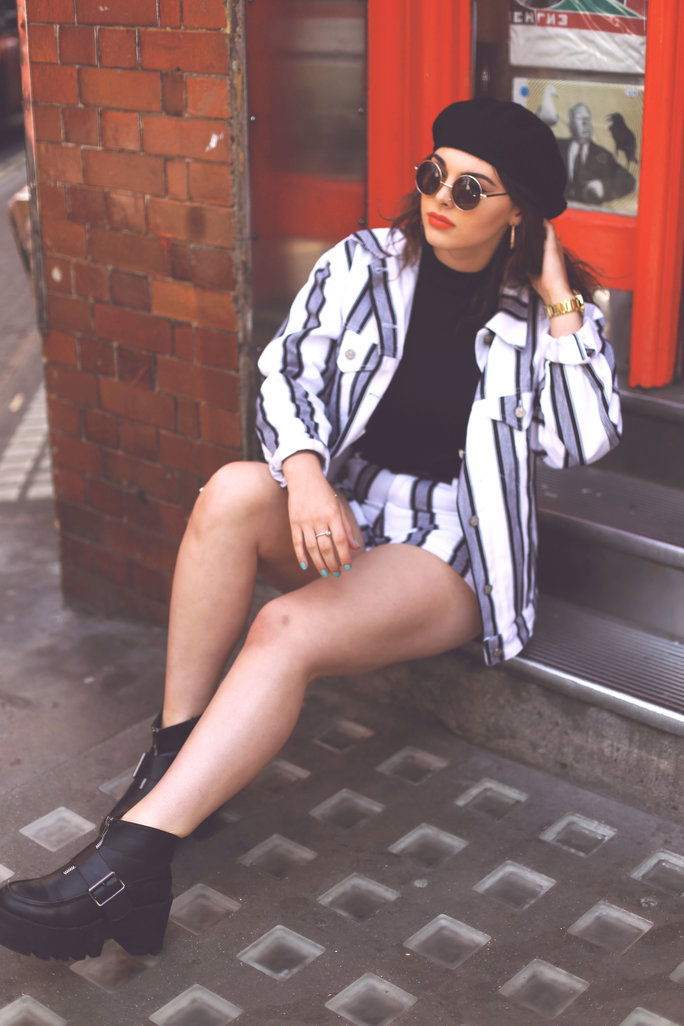 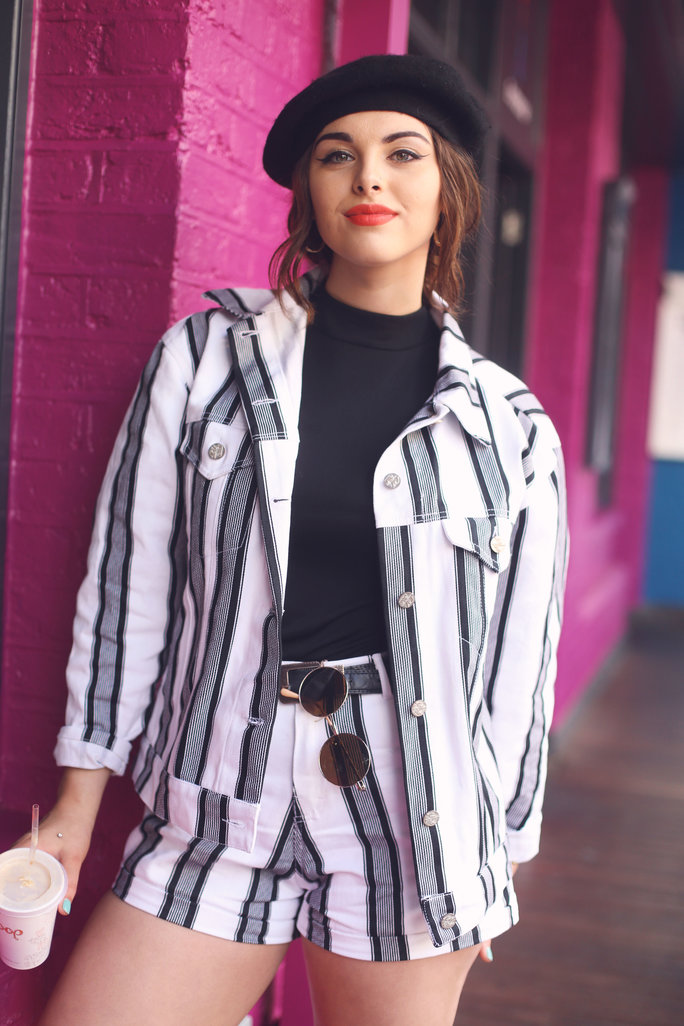