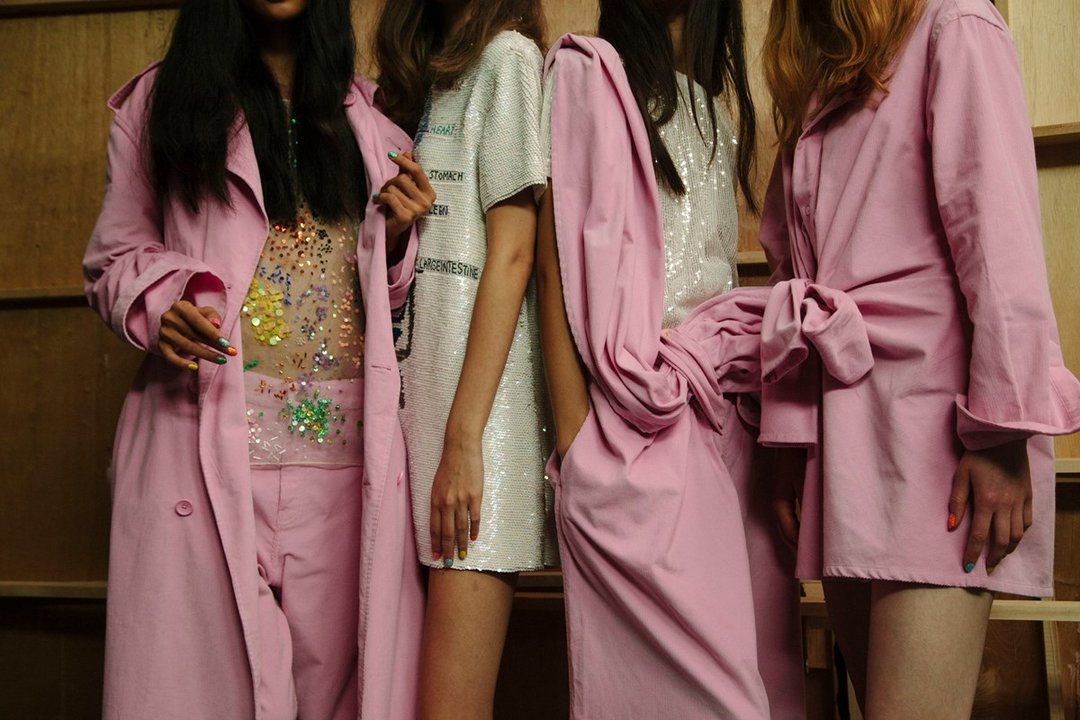 I keep excusing my tardiness on the blog as 'life's hecticness', however it's pretty inexcusable seeing as life never really ceases being hectic. So soz guys. I'm about a month and a half late on this one, but in September I was lucky enough to go to the last day of London Fashion Week to see the Ashish Show at Brewer Street Car Park, and it was AH-mazing. Ashish so elegantly abolished any kind of socially constructed gender stereotypes, with his male models wearing dresses and heels, and his female models wearing predominantly trousers - what's gender anyway?

For those of you that don't know, London Fashion Week changed it's home ground from Somerset House to Brewer Street Car Park in Soho for SS16. And yes, it's an actual car park. Why? How? God knows why. All I know is that it worked. Well, maybe despite the steep ramps and 20-odd F. Row fashionistas holding on to each-other for dear life as they attempted to stride up them in clear ignorance of irony in it's funniest form: 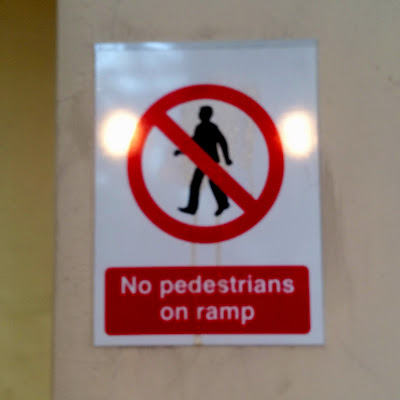 Already having an awareness and appreciation of Ashish's style after having seen his past three collections displayed at London Fashion Weeks (thanks Nadine!), it's safe to say that I was pretty damn excited to see his SS16 collection. The thing about Ashish is that he's an unpredictable boundary breaker, two things that are pretty esesntial to the ever-changing fashion industry.

The catwalk collection kicked off with four of his glitter-smothered models owning the catwalk on skateboards, leaving a trail of glitter behind. What then proceeded was completely beyond my imagination, and most definitely sufficed in breaking boundaries. Cut out and reworked denim, transparent slip dresses, hot pink boiler suits, it was my dream and every minimalist's nightmare. 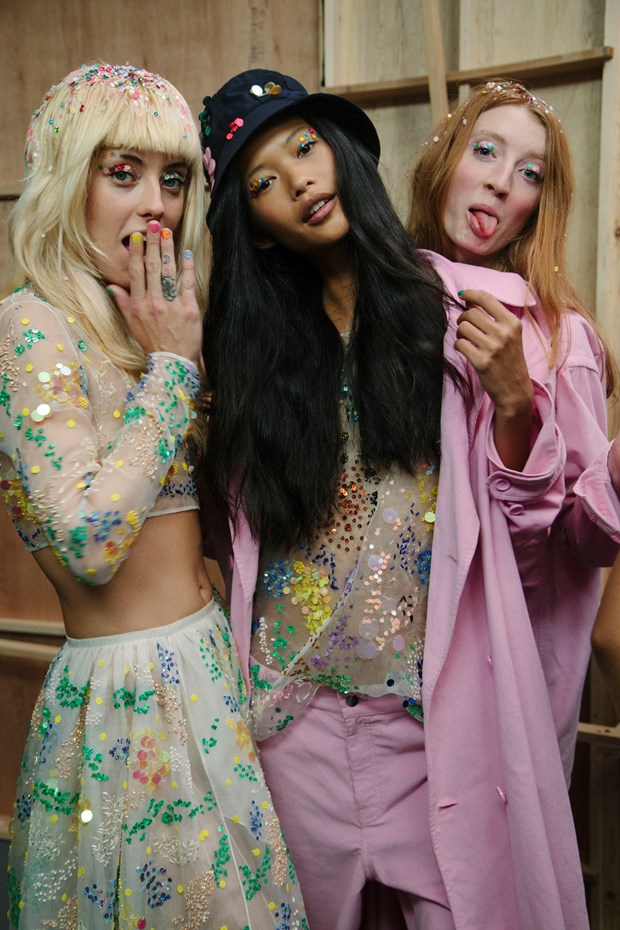 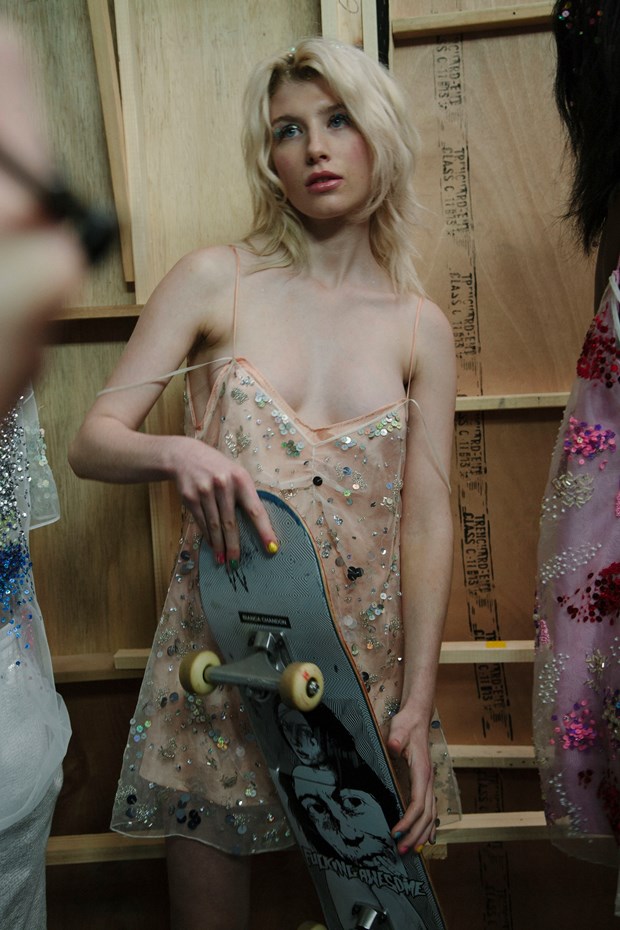 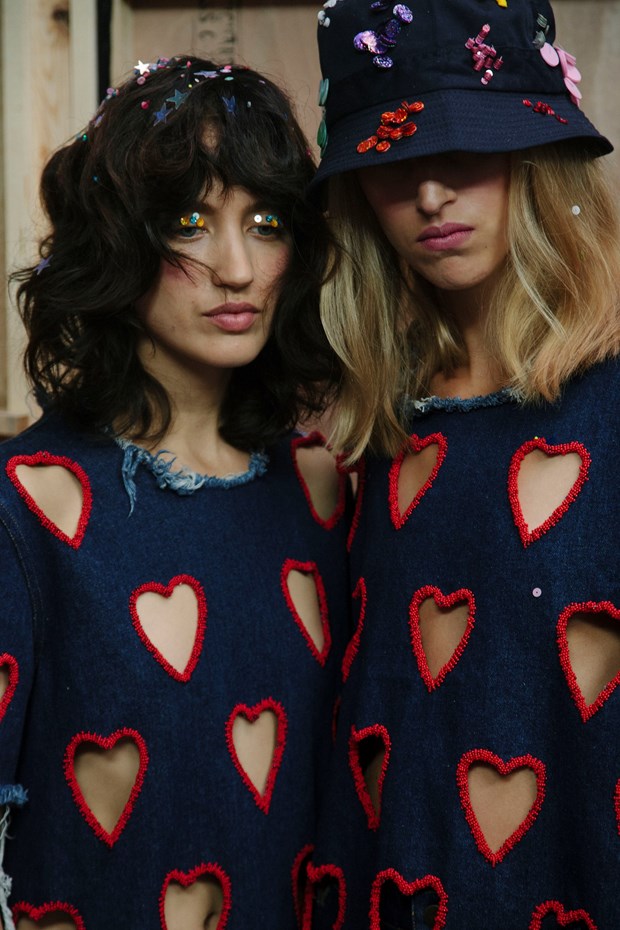 If Ashish's collection is anything to go by, it looks like SS16 will be full of a lot of denim, glitter, and bucket hats. Fantastic.
Posted by Unknown at 19:11
Labels: ashish, ashish ss16, blogger, brewer street car park, fashion, fashion blogger, fashion journalism, fashion week, fblogger, London Fashion Week, soho