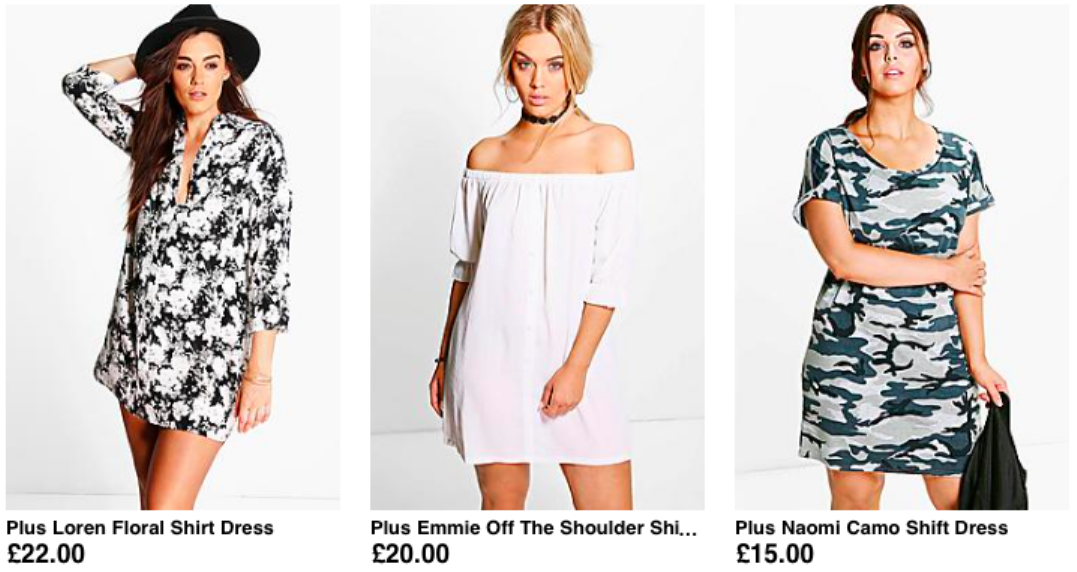 Where Boohoo's the player, and the modelling industry's the game.

Okay, maybe I could've rephrased that better- Boohoo aren't really playing a game. In fact, they aren't doing anything wrong at all. For those of you who are a little lost, let me start from the beginning;

It's a largely-known fact that the modelling industry has notoriously imposed unrealistic body standards on women for decades through fashion, commercial beauty, and advertisements. From the beautifully toned towering pins of Naomi Campbell, to the perfectly proportionate hourglass figure of Marilyn Monroe, women have collectively gawked at the spectrum of models in awe for years, often idolising their unearthly beauty. Be it high fashion or commercial modelling, the industry has often chosen women who seem to have been hand-sculpted by Zeus himself to display to the general public. While this is great for those who are in the industry themselves, it can often leave everyone else (i.e. the 3.5 billion women in the world who are not models) feeling inadequate, and unfortunately, this has always been the case since the industry's conception, both in what is considered to be 'standard' modelling (size UK 6-8) and 'plus-size' or 'curve' modelling (starting at size UK 12).

Now I know what you might be thinking, how does this pertain to Boohoo? Well, Boohoo have been 'called out' by curve model and blogger Georgina Horne for using and advertising a size UK 12 model, Anna Fritzdorf, to model their plus and curve range. Boohoo's plus and curve range starts at a size UK 16, which is where the controversy sparks. The main point Horne and her followers make is that the model should represent what the product would actually look like on the consumer, and while I can understand this point, I don't really think it has anything to do with Boohoo, but instead the modelling industry itself.

Couture catwalks have always used slender size 4 giantesses on the catwalk, standard commercial retail models are always a slim size 6-8, so why should a plus size range be an exception to this rule? In order for the rule to be acknowledged and accepted, the whole industry would have to change to cater to larger women, and I can't see that happening anytime soon. It's awful, but that's the way the cookie crumbles. 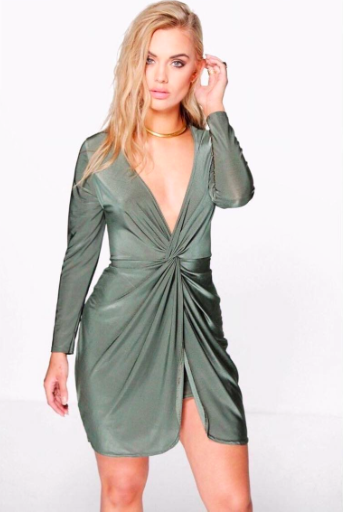 Behold, the image (and model) in question. While I do agree that Anna looks slim, there is no denying the evidence of her curves in this image. Also, what a lot of shoppers don't bear in mind is that although given Anna's dress size, she's about 5'10", which of course is going to make her appear much more slender. Being a Boohoo model myself, I know what these models look like, and what the clothes look like on them in the flesh, so I'm just writing this to confront some of the unfair accusations I've seen regarding Boohoo's plus range.

Boohoo, in my opinion, have one of the most versatile ranges of models, both on their standard range and plus range. I know that they pride themselves on having an award-winning plus range that celebrates all shapes and sizes, that has unfortunately recently been scrutinised by critics.

If you want to point fingers here, it's not Boohoo you should be pointing at, but instead the industry itself. Many curve models, including Anna and myself, have spoken out about the unrealistic standards of the industry as we've seen it firsthand, and have supported campaigns such as #droptheplus to change the way the modelling industry, and society, sees curve or 'plus-sized' models.